Surrey is the hot place for multi family homes 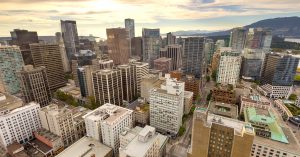 According to a report by Western Investor, Surrey is the hot place, especially for the multi family market. And Darcy and Denise can help you enter the market. We have many places in Surrey up for sale.

Surrey is the fastest-growing metro centre in B.C., and its young population – 22 per cent of B.C. births are now in Surrey – is gunning to claim the title of the province’s biggest city within a generation.

The population gap between Surrey and Vancouver will narrow to 100,000 people within three years and will be non-existent by 2040, according to a report Michael Heeney, president and CEO of the Surrey City Development Corp. (SCDC), presented September 13 at an event sponsored by the Real Estate Institute of British Columbia.

The home price gap is just as revealing. In August, for instance, 229 detached houses were listed for sale in Surrey-Delta for $1 million or less, compared with just one in Vancouver. There were two-dozen in North Surrey alone, according to data from the Fraser Valley Real Estate Board.

Yet average family incomes in Surrey are higher than in B.C.’s biggest city, reports Statistics Canada.

“Surrey is the future,” said Surrey developer Charan Sethi, president of Tien Sher, who has built and sold out half a dozen low-rise condominium projects in and around Surrey Centre.

Walmart Canada will spend $175 million to build a 300,000-square-foot fulfilment centre in Surrey’s Campbell Heights Business Park, the giant retailer has announced. It will be part of a national plan by Walmart to offer home delivery of groceries.

Walmart’s competition in the online-sales space is indisputably mega-retailer Amazon.com Inc., which already has two large distribution centres in Metro Vancouver, including one in Delta.

It also touted its future Surrey site for being “zero-waste” and having many sustainability features. Outgoing Surrey Mayor Linda Hepner praised the building’s sustainable design as a “novel, forward-thinking approach.”

Rental investors see fast-growing Surrey as a prime market. Giant landlord Mainstreet Equity Corp. of Calgary, for example, has been buying older apartment buildings in Surrey for years and now holds 1,775 rental units in the city.

Surrey’s rental vacancy rate is less than 1 per cent, similar to Vancouver. Surrey rents are lower than in Greater Vancouver, but the average capitalization rates on apartment buildings are higher, at around 4 per cent, according to HQ.