Being one of the fastest growing regions in Canada, Kelowna’s downtown real estate market is booming.

City council has considered development proposals monthly during 2018 and residents have seen construction begin on large projects that will reshape the city’s skyline.

KelownaNow has rounded up a quick recap of some of the notable development proposals and construction close to downtown Kelowna.

The foundation is underway for Ellis Parc situated between BNA and Prospera Place on Ellis Street.

The 91-unit, 14-storey mixed-use concrete high-rise is just one of multiple “skyscrapers” set to go up in the area.
The infamous dirt pile is finally gone, and construction has begun on a pair of towers at ONE Water Street that will change the landscape of downtown Kelowna.

The first tower to be erected is the 36-storey East Tower, which will be the tallest building between Vancouver and Calgary once completed.

Construction on the first residential tower in the Bernard District in decades began in March.

The 20-story, 116-unit concrete tower ELLA is situated on the corner Ellis Street and Lawrence Avenue and will dramatically alter the look of downtown Kelowna when finished.

Mission Group’s development will feature commercial outlets on the ground level units before residents start on the 6th floor.

While more are en route, 1151 Sunset Drive is the first new development to actually begin taking shape along Kelowna’s skyline.

After the property sat vacant for years, the 21-storey, 127-unit tower is finally nearing completion.

Two ambitious new skyscrapers may one day uproot the parking lot outside of Prospera Place.

Vancouver based GSL Group, who built Prospera Place and own the surrounding land, have submitted a proposal to the City of Kelowna detailing 37 and 27 storey towers.

The elaborate plan for the future of Kelowna’s Capri Centre caused quite a stir when presented to city council in April.

Along with 14 residential buildings all on the 20-acre site.

At the beginning of April, Mission Group unveiled its plans for one of the largest properties on Bernard Avenue.

The 25-storey “Brooklyn Bernard Block” mixed-use tower could soon replace the Bargain Bargain building that has sat empty since 2011.

A uniquely designed building could soon be constructed in Kelowna’s Pandosy Village neighbourhood.

While none of the above developments have received approval, they will all be considered by council in the coming year.

Construction is set to begin on several innovative buildings that all feature a decidedly modern style.

Part of the enormous proposed future plan for the Capri Centre is this 22-storey tower on the corner of Sutherland Avenue and Capri Street.

While council deferred the larger plan for Capri, they did approve the residential tower with 221 residential suites.

In January, council voted in favour of the Aqua complex at Lakeshore and Truswell roads on Okanagan Lake, approving three towers with heights of 12, 14 and 16 storeys.

Along with the three towers, Aqua will include a collection of townhouses and condos mixed with commercial and retail space.

Arguably the most controversial proposal to go in front of city council this year was Westcorp’s 33-storey hotel and luxury condo tower.

Council had previously supported Westcorp’s application for a 26-storey hotel but that development permit has expired.

Westcorp’s revised proposal was nearly 50 metres taller, including 174 hotel rooms, 40 condo residences and would be the city’s tallest structure at 131 metres.

The hotel was approved in a five to two vote despite city planners concerns the building was too high and ‘overwhelming’ for the waterfront property.

According to a real estate report from HM Commercial, demand for housing remains exceptionally high in the Downtown Core.

Even with more than 1,500 rental units currently under construction concerns remain as to whether the units are realistically affordable.

Affordable or not, the new construction is expected to increase the vacancy rate to a more stabilized level of 3% within the next two to three years. 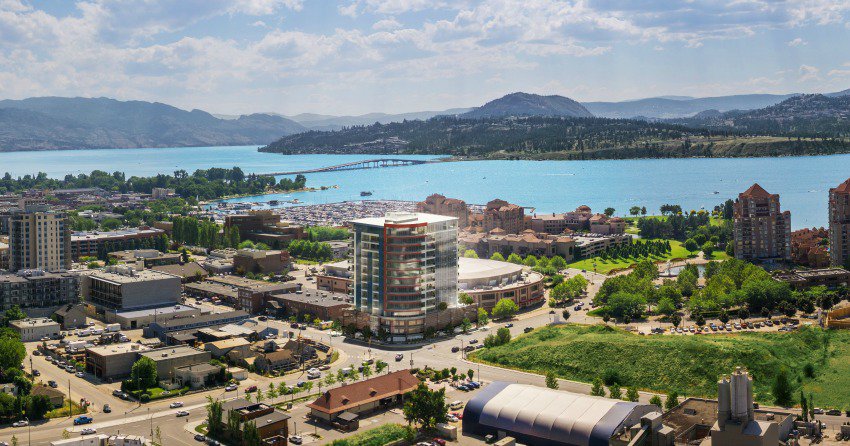