CRE titans discuss the state of the industry in British Columbia 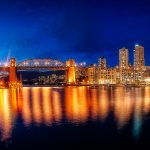 What’s in store for commercial property in 2019? At the recent Western edition of CBRE’s annual Canadian Market Outlook in Vancouver, the real estate services firm combined bullishness about the year ahead with warnings that the industry lags in embracing technological change. Executive vice-president Paul Morassutti, who leads valuation and advisory services for CBRE Canada, shared his thoughts on everything from interest-rate hikes to the future of retail.

Punctuating Morassutti’s talk was a series of videos featuring several of CBRE’s high-profile B.C. clients. “You’re going to see the demand starting to diminish,” said Joseph Segal, founder of Vancouver’s Kingswood Capital Corp., whose holdings include real estate. “Unless you have something exceptional, you’re going to be the same as everybody else, and you’re going to have to wait. Because this market will start to turn.”

The condo market has been stronger than the broader residential market, Segal added. “But the new stuff is going to slow up. There will be pockets of growth, like Squamish, in Vancouver, but the rest of the high-priced condos, I think, are going to slow up.”

Condo marketer Bob Rennie’s two cents from the screen: “We will never have affordable home ownership in Vancouver again.” Why? “We can’t get land down cheap enough,” Rennie said. “Are we going to see a group of new mayors and councils just elected that will take the political risk of being candid and talking about real data and real housing needs?” 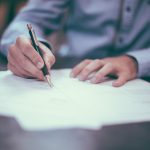 Ian Gillespie, founder of Vancouver-based property developer Westbank Corp., asked what must happen for B.C.’s creative economy to reach its full potential—and what will thwart that potential. “It’s going to be the price of housing,” he said. “So where we should be putting our money into infrastructure shouldn’t be into highways and bridges; it should be into affordable housing.”

Rennie and Gillespie both weighed in on the foreign buyers tax on B.C. properties. “[Premier John Horgan] wanted something that would visibly hurt foreign money, and Chinese in particular,” Rennie said. “It’s extremely controversial, and it was a political move.” Gillespie’s take: “We send missions all over the world to try to attract foreign investment, and yet we put up a sign that says, ‘Stay away.’”

Morassutti noted that when delivering CBRE’s outlook in Vancouver last year, he told the crowd that the Canadian commercial real estate market was tightly wound, new records were being set—and several economists had warned it wouldn’t last.

“It has,” Morassutti said. “One year later, I would again say that the market appears to be pretty tightly wound up and records are being set. And once again, I would note that some feel that it won’t last. But as we look into 2019 and as virtually every aspect of our business is buffeted by change, we would argue that success today is much less reliant on where we are in the cycle than on how we adapt to these changes.”

Interest rates are climbing, and it looks like there’s more to come, Morassutti said. “This is freaking a lot of people out, and it should, because global debt now stands at an all-time high.”

Rate hikes didn’t come out of the blue, he observed. “They have been well telegraphed, and the industry has been expecting them for the past three or four years. And rather than dissuade investment, we set a record for investment sales in 2017 and are on pace for another record year in 2018.”

If rates spike or return to anything approaching historic norms, all bets are off, Morassutti said. “The chances of that happening, however, are slim,” he predicted. “If the Bank of Canada moves too fast, they risk crashing the housing market.”

Morassutti also disputed the idea that commercial property is experiencing an asset bubble in this country. “An asset bubble is defined as a market where prices rise quickly, dramatically, seemingly untethered to market fundamentals,” he said. “That is not an accurate picture of the Canadian commercial real estate market.”

Getting out of the parking lot 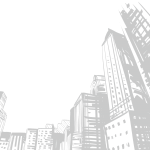 Morassutti talked about technology’s impact on the real estate industry, starting with autonomous vehicles. “Cars aren’t going to disappear anytime soon, but broad adoption is going to happen faster than most people think,” he said, pointing out that the average car is parked 95 percent of the time.

Once driverless technology is in place, it will be absurd to own an asset you rarely use, Morassutti argued, when you can download an app that sends a car to your door. “The disruption to urban mobility will be massive.”

For the industry, that means future-proofing buildings for the day that they no longer need big parking lots. Developers have started designing flexible spaces that can easily convert to other uses such as offices, shops and gyms, Morassutti said. “I’m not sure you can develop anything without understanding as best as possible how this dynamic is going to play out.”

Another area where CBRE sees technology and bricks and mortar intersecting is the changing face of WeWork, Morassutti said. “The common perception of WeWork is that they are a co-working business geared toward startups and entrepreneurs, but they have evolved way beyond this.” Today, about 30 percent of New York­­–based WeWork’s occupancy and up to a third of its revenue come from companies employing more than 1,000 people, Morassutti added.

WeWork has also launched Powered by We, an outsourcing and property management service supported by data analytics. In response to the rise of co-working companies, some conventional landlords are hedging their bets, Morassutti said. In Canada, for example, WeWork is a tenant of Oxford Properties, which is is rolling out its own co-working concept.

“How well prepared do you think the real estate industry is to understand and adapt to the shifting technology sands?” Morassutti asked. To find out, he reviewed the management teams of many public and private real estate companies.

“I didn’t see a lot of tech experience in the C-suite,” Morassutti said. “In fact, I saw almost none. And I don’t mean the people who oversee the servers and hand out the laptops; I mean those who can provide true strategic guidance. This is one area where our industry is definitely going to have to evolve.”

A sale is a sale

Morassutti also touched on the future of retail, debunking what he called the media narrative of its demise. “Retail is not dying,” he said. “Bad retail is dying, boring retail is dying, and it’s this bifurcation of the sector that continues. The winners are the retailers who can actually deliver on total brand experience and who have adjusted to new retail paradigms, while those who have failed to evolve have been left behind.”

Savvy retailers no longer distinguish between in-store and online sales, Morassutti maintained. “A sale is a sale,” he said. “And increasingly, retail stores are being used as vehicles for product discovery, not pickup. At the same time, digital native retailers are moving into showroom-style spaces.”

Tesla might be the best example, Morassutti said. “You do not drive off from a Tesla showroom with a Model 3, but you do leave with a deeply implanted memory and strong brand association.”

If you are looking to enter the condo or multi family market in British Columbia check out our listings or contact us. 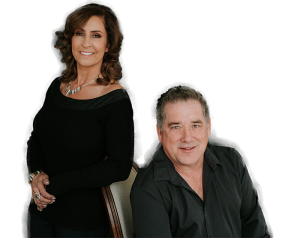